On August 24, we visited Greenville, South Carolina. The purpose was to see the Greenville Bon Dance Festival.

Bon Dance is a traditional Japanese event in mid-August and this one in Greenville was hosted by Japan-American Association of South Carolina.

We had never been to Greenville, and so everything was new and interesting.

Here are some pictures from the trip; we want you to feel that you came to the festival with us!

The venue was a shopping mall.

It seemed that they had rented an entire shopping mall building for the day, because all the stores in the mall were closed.

A little surprised, we thought it would be very expensive to rent a place like this and they might be sponsored by big companies. For the same reason, there might be expensive game equipment with big computers and large screens to show animation and 3D image shows and things like that.

But we didn’t see any advertisements and signboards claiming sponsorships.

Most booths and demonstrations were hand-made or low-tech, and therefore in very Showa-Era-style.

It means we were reminded of the 60’s and 70’s, when children were playing with simple, inexpensive toys, without using electronics. We wonder if the traditional toys and games at the festival would please today’s kids living in the US, but they looked happy enough.

After all, that might have been the host’s purpose.

There were some traditional games offered to children at Bon Dance festivals in Japan.

Yo-yo fishing was one of them.

Many children, and some adult women came in yukata (unlined kimono for summer), which added to the atmosphere!

A taiko (traditional Japanese drum) was set up so that anyone could try it.

There was a taiko performance on the stage, too, but we missed it.

2. Something for Adults, too

Not only children but also adults enjoyed the festival. There were a variety of demonstrations of cultural activities and martial arts on the stage.

The teacher of tea ceremony was explaining the moves of the demonstrator, her student, in English.

All of the demonstrations were prepared in English so that non-Japanese speakers could understand, and every sign and explanation was written in English and Japanese.

This lady was finishing a made-to-order uchiwa, or the traditional round-shaped paper fan, with her calligraphy.

We guess you could come up to the calligraphy-uchiwa booth with a ticket and ask the staff to finish a blank uchiwa with calligraphy of their favorite word or their name transcribed in Chinese characters.

After you get your uchiwa with calligraphy, you could walk to another booth, such as the origami booth, like this lady.

On the stage, every 15 minutes, a different kind of demonstration took place.

We didn’t have time to wait for the kendo (fencing) demonstration, but we were happy to see kyuudo, the Japanese archery.

This booth was for you to play paper sumo against the lady in happi coat.

You pick a paper rikishi (sumo wrestler) doll and so does she.  Then you place your dolls in the ring on the box and drum the top of the box very fast with your two index fingers until one doll falls. If your opponent’s rikishi falls first, you win.

We missed the most important “Bon Dance” demonstration. Here is a video we borrowed from Facebook of The Japanese-American Association of South Carolina.

This song is “Tanko-Bushi”. When we were small, we would dance to it literally hundreds of times in our yukata.

3. Greenville and “Falls Park on the Reedy“

After we left the festival, we walked around in Greenville a little.

This must be one of the nicest parts in the city of Greenville. The Reedy River flows through a big park called Falls Park on the Reedy and new, elegant apartment and office buildings developed on the banks.

From about the end of the 19th Century, Greenville was a city which thrived with cotton mill businesses. The city was known as “the Textile Center of the South”.

In our next posts, we tried to make out how the Japanese Bon Dance began in Greenville.

=> The Greenville Bon Dance Festival (2) Why in Greenville?

For references, please see the bottom of the Japanese text. =>Click here

From around August 7, the Japanese exchange postcards to ask how each other is doing. [和訳が後にあります] 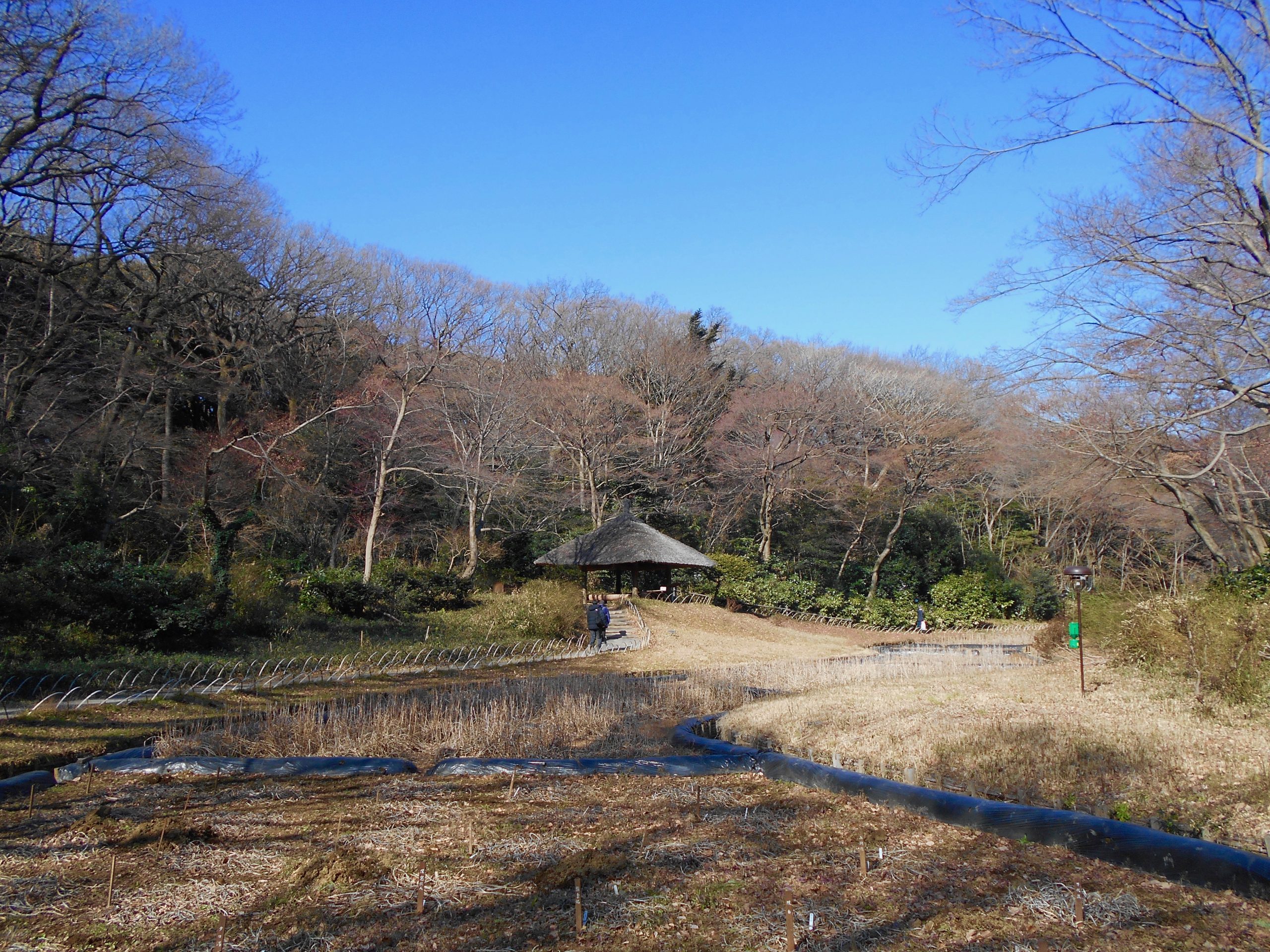 Some people in the olden days enjoyed going out in the dead of the winter to see fields of dead leaves.

For about a week ON AND AFTER January First, we say “Akemashite omedetoo gozaimasu!” It's a special greeting for this occasion.
Here we discuss the meaning and a couple of words related to it. 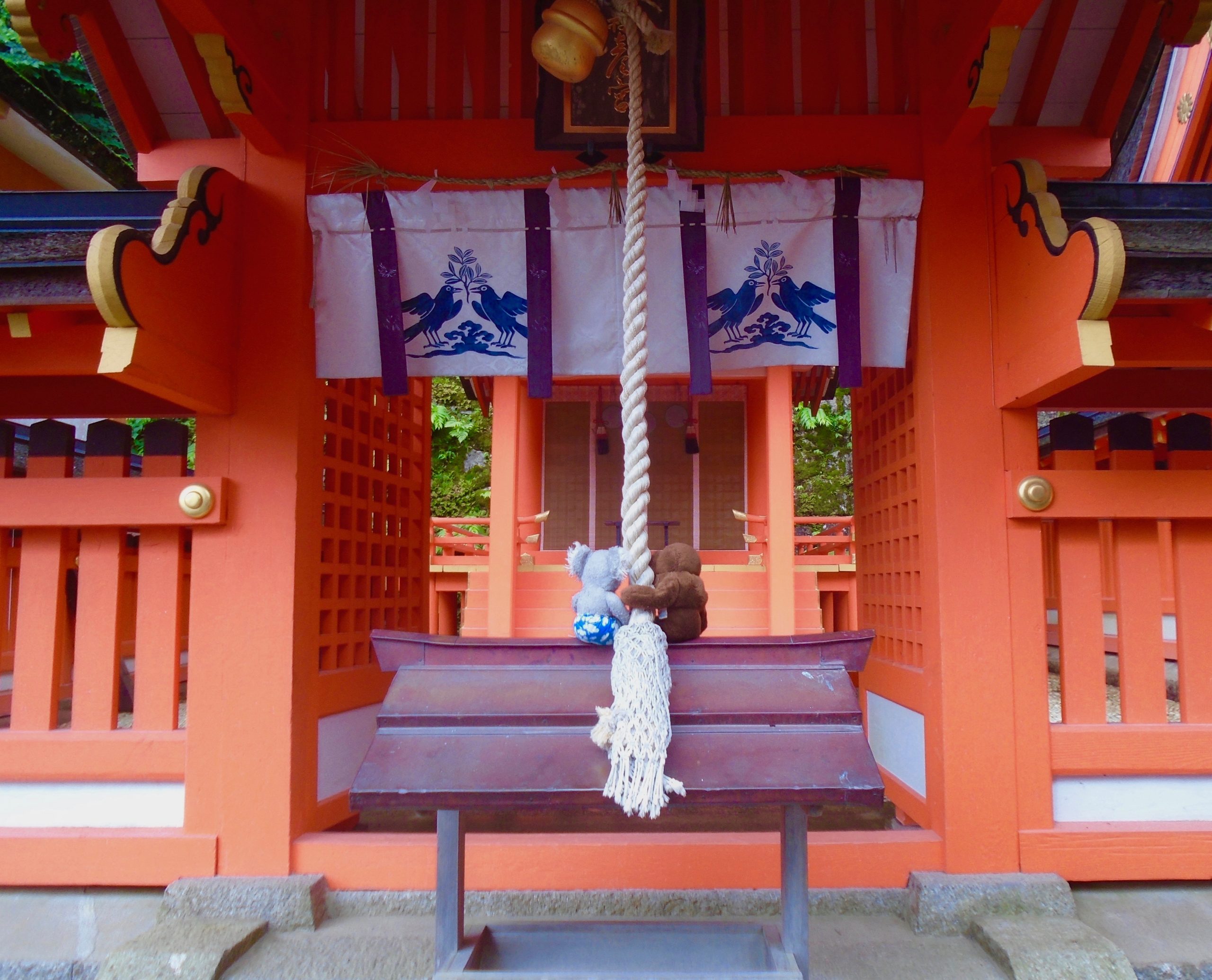 An image of a shrine to visit for Year-End greetings