ルビ付き和訳は英文の下にございます。/ The Rubied Japanese translation is below the English text..

This post is a continuation of “The US and Satsuma Mandarin“. / この投稿は「米国とサツマみかん」の続きです。

THE UK AND THE SATSUMA MANDARIN

The Tokugawa Shogunate was not capable of being as an intermediary, so the UK decided to directly discuss the matter with the Satsuma Domain. The next year, a Royal Navy squadron of seven ships appeared and anchored in Kagoshima Bay. They wanted the British requests met.

After a few days of tension, the Satsumas fired on them and the squadron bombarded Kagoshima, the capital city of the Satsuma Domain.

The results were disastrous for the city. All the batteries and the factories of modern industry were destroyed. Five hundred of five thousand buildings in the town of Kagoshima were burned down.

The three-day bombardment of Kagoshima, called “Satsu-Ei Sensoo (the Anglo-Satsuma War)” in Japanese, was a major incident in Japanese history.

By the way, what originally caused such a serious situation?

It was the Namamugi Incident of 1862. We will briefly explain it, going back a few years.

In 1855, the Tokugawa Shogunate opened Japan to the world after demands by the United States.

Henceforth, Western people began to visit for commerce, diplomacy, mission, medical practice, and education. However, communication was at first very difficult, and the cultural difference between the West and Japan caused some unfortunate tragedies. The Namamugi Incident was one of those.

On September 14, 1862, Shimazu Hisamitsu, the regent and father of the Satsuma’s daimyo, was on the way to Kyoto from Edo, and passing Namamugi Village in today’s Yokohama City, Kanagawa Prefecture.

Four mounted British people were travelling in Japan when they met this long procession. They entered the procession from the opposite direction. The guardians gesticulated and told them to dismount, but none of them obeyed and just wandered among the retainers, not knowing what to do.

Some Satsuma retainers thought the British were being rude and got irritated. Then, one of the Englishmen happened to approach Hisamitsu’s palanquin directing his horse toward it. Enraged, they jumped at him with drawn swords. He was killed and two others were seriously injured.

Upon hearing this, the British government said that the killing was illegal since a British subject was protected by extraterritoriality. It demanded an apology and reparations of 100,000 pounds from the Tokugawa Shogunate and the execution of the perpetuators and reparations of 25,000 pounds from the Satsuma Domain. Satsuma ignored it. That was why the UK sent the squadron to Kagoshima Bay.

A resident of Namamugi, who as a little boy witnessed this killing, later erected a monument at this site to record this incident. They have had a memorial service for the victims numerous times, with the last one in 2019.

3. The Satsuma Domain and the UK

Until the Anglo-Satsuma War, the mainstream opinion in the Satsuma Domain was to oust foreigners by force.

However, they quickly changed their mind at the sight of the western military power. They thought that it was impossible to oust them, but that they should rather make use of it in preparation to confront the Tokugawa Shogunate.

With that in mind, during their peace negotiations with the UK, they made an offer: They would pay the reparations if the UK could procure some battleships for the Satsuma Domain.

It is strange to ask an enemy to sell armaments, but the UK agreed. They also wanted to finish this matter swiftly. The Satsumas paid the reparations by borrowing from the Shogunate. The UK didn’t pursue further when the Satsumas told them that the perpetuators had fled.

The people participating in the talks on both sides had an opportunity to communicate and observe. As a result, it seems that they felt some interest and respect for each other, and some relationship developed between the UK and the Satsuma Domain.

For example, they began to exchange information directly. The UK helped the Satsumas to reconstruct the factories they had burned down in the bombardment. Some young Satsuma retainers violated a national interdict and smuggled themselves to the UK to study.

In addition, after the Meiji Restoration, the UK aided the Meiji Government during the civil war against the Tokugawa Shogunate. The Satsumas were one of the most influential powers in creating the new government.

According to some, in this series of events, Citrus unshiu saplings were a present of friendship. They were sent to the UK, and the fruit was called “satsuma mandarins”.

Unfortunately, we don’t know what happened to the young “satsuma” trees. Were they grown in a greenhouse or did they die of cold in a yard?

If they all died, did the word “satsuma” once disappear from British English and come anew from the US in the early 20th Century? Or did it stay to signify mandarin oranges?

Anyway, at one point in the second half of the 20th Century, “satsuma” mandarins were very popular in the UK. They imported Citrus unshiu grown in the Mediterranean, Africa and South America and used them as Christmas oranges.

The Christmas orange is a British custom.

Legend has it that long time ago, St. Nicholas, a wealthy bishop, heard about a dispirited man who lived in poverty. He had three daughters of marriageable age, but he couldn’t afford to prepare the dowry for them. In those days, women with a dowry could expect a better treatment when they married into the husband’s family.

The bishop came up with an idea. On Christmas Eve, he climbed on the chimney of the man’s house and threw some gold coins in it. The coins happened to go into to stockings of the daughters who had hung them at the fireplace to dry. The next day, how they were surprised! Eventually they got married with fine dowries of gold, and everyone became happy.

Therefore, British and Irish people put gold-color citruses in the toe of a stocking with candy on Christmas Eve, and call it the Christmas orange.

It is delightful to hear that “satsuma” mandarins have played the role of the Christmas orange, a symbol of wealth and happiness.

5. The Kurobuta Pork of Kagoshima

Lastly, here is a continuation of the story of the citruses given to the UK by the Satsumas. There was a courtesy return present.

In the late 1860’s, rare Berkshire black pigs raised by such people as the British Royal family were sent to Kagoshima (which was the property of the Satsuma Domain). It was meant as the return gift for the citrus.

Citrus unshiu is delicious, but after all it’s a mandarin. Its value is not equitable to that of Royal pigs. The people of the former Satsuma Domain must have felt much obliged for the warm expression of friendship.

In Edo Japan, people didn’t eat pork officially. However, only in the Satsuma area did they eat it since they were exposed to the culture of the Ryukyu Islands, which shared a custom of eating pork with China.

After this occasion, people in Kagoshima took a lot of effort to raise the Berkshire pigs. They continued to import them from the UK and breed them. Today, their Berkshire pork branded as “Kagoshima Kurobuta (black pig) Pork” is considered the best pork in Japan.

Recently, we found the Kagoshima Kurobuta Pork in a gift catalogue at a post office in Japan.

Japan Post, Co. Ltd. runs a mail-order gift shop business. In their catalogue, they prepare the pork for Shabu-shabu (blanching) by slicing it so thinly that it looks like pink paper.

It costs about 30 dollars for half a pound (2,400 yen for 240 grams), much more expensive than regular pork. We assume this “Kagoshima Kurobuta Pork” is not meant for everyday cooking but for a very special gift.

Thank you very much for reading. As if it was not enough, next post will be a very interesting story of how Citrus unshiu went Canada. We hope to see you again. 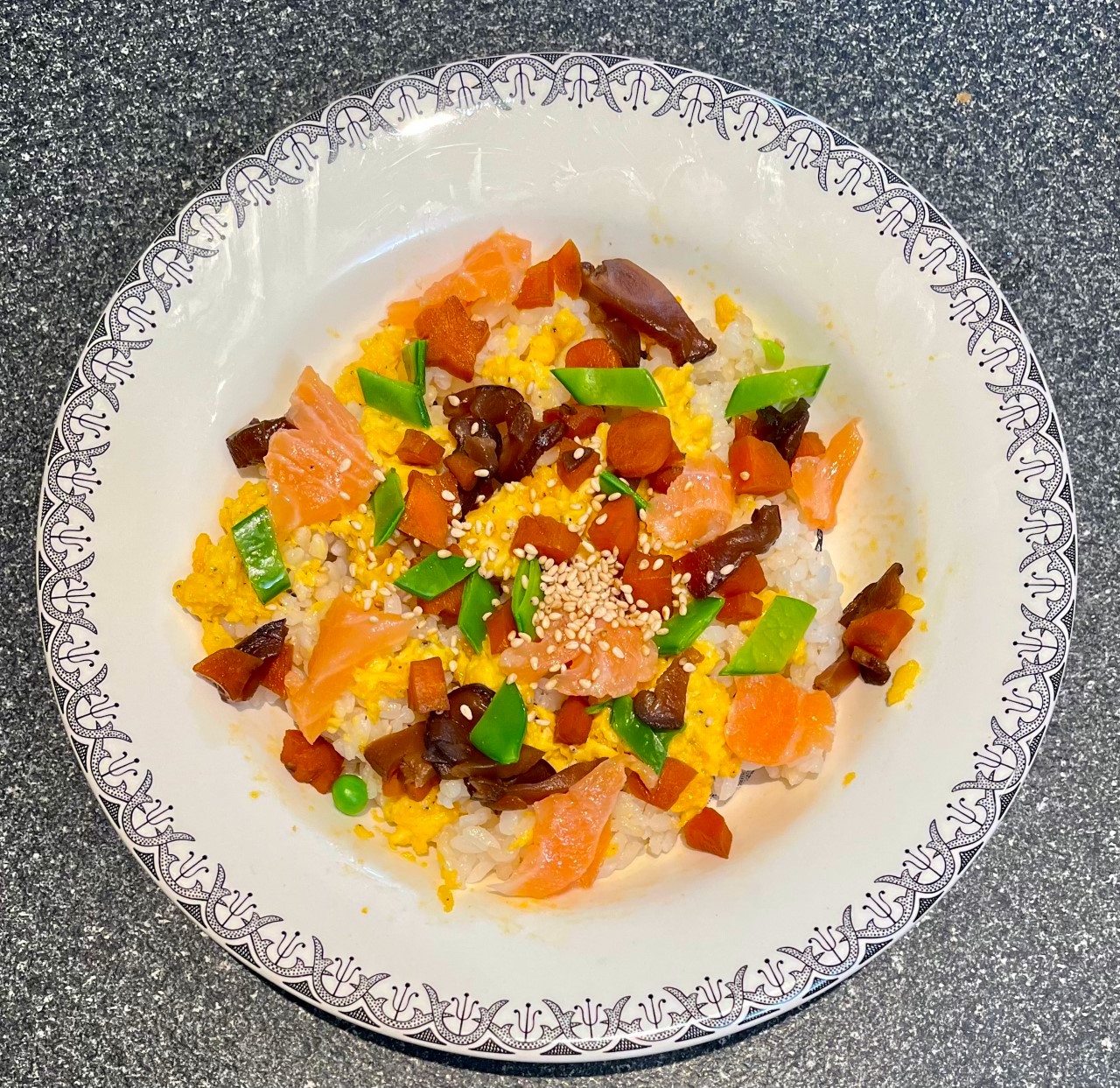 Chirashi Zushi is one of the tastiest light meals on a warm day. A traditional home dish, it is a kind of rice salad, and here is the recipe.
ちらし寿司は暑い日の軽食にぴったりです。ご飯を使ったサラダのような家庭料理です。レシピはこちらです。 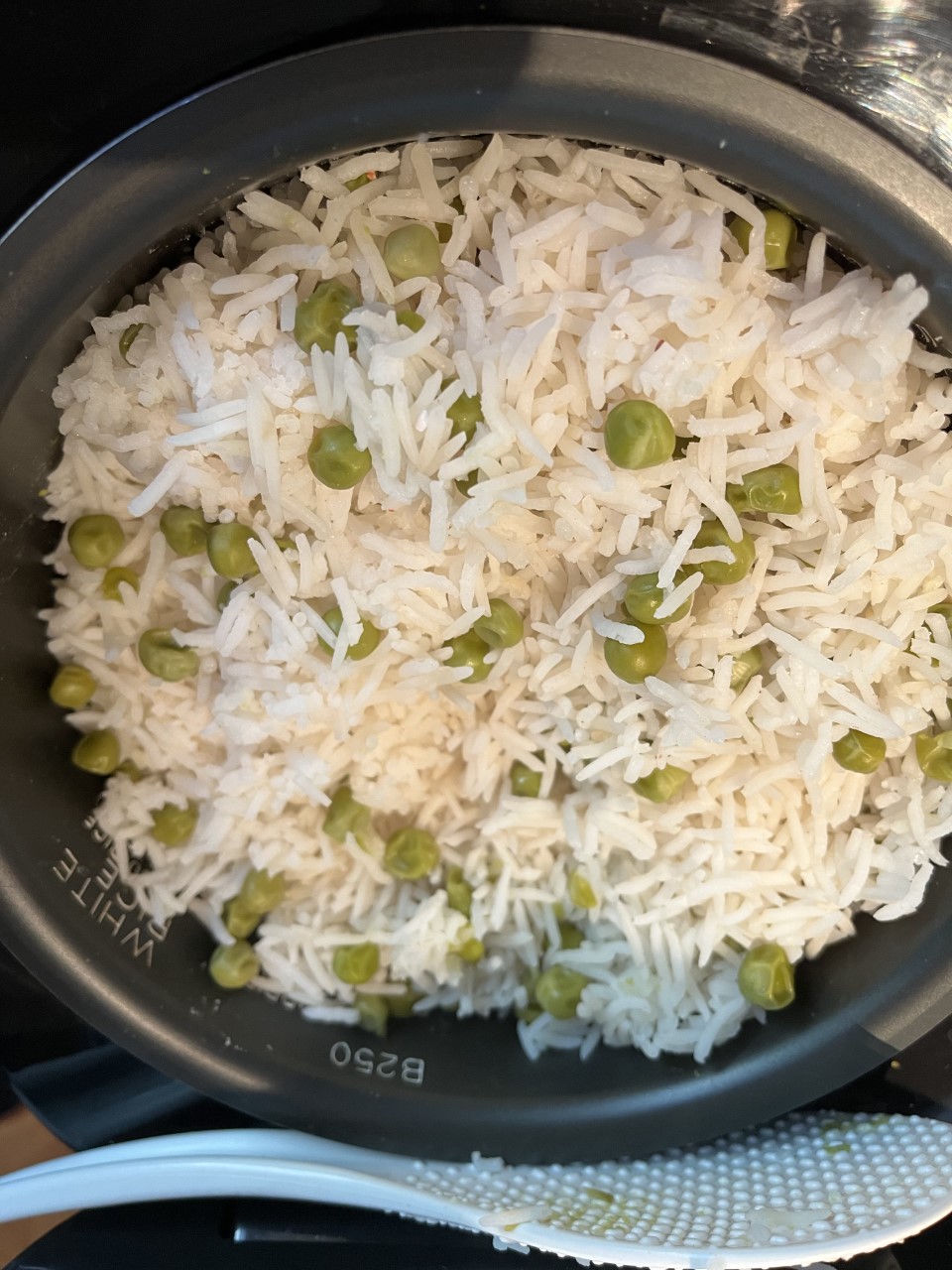 Green Pea Rice is a typical Japanese spring dish. It is easy and tasty. Try next time you find fresh green peas in the market! / 豆ごはんは、日本の春の味。簡単でおいしいです。なまのグリンピースが出たら、ぜひやってみてください。 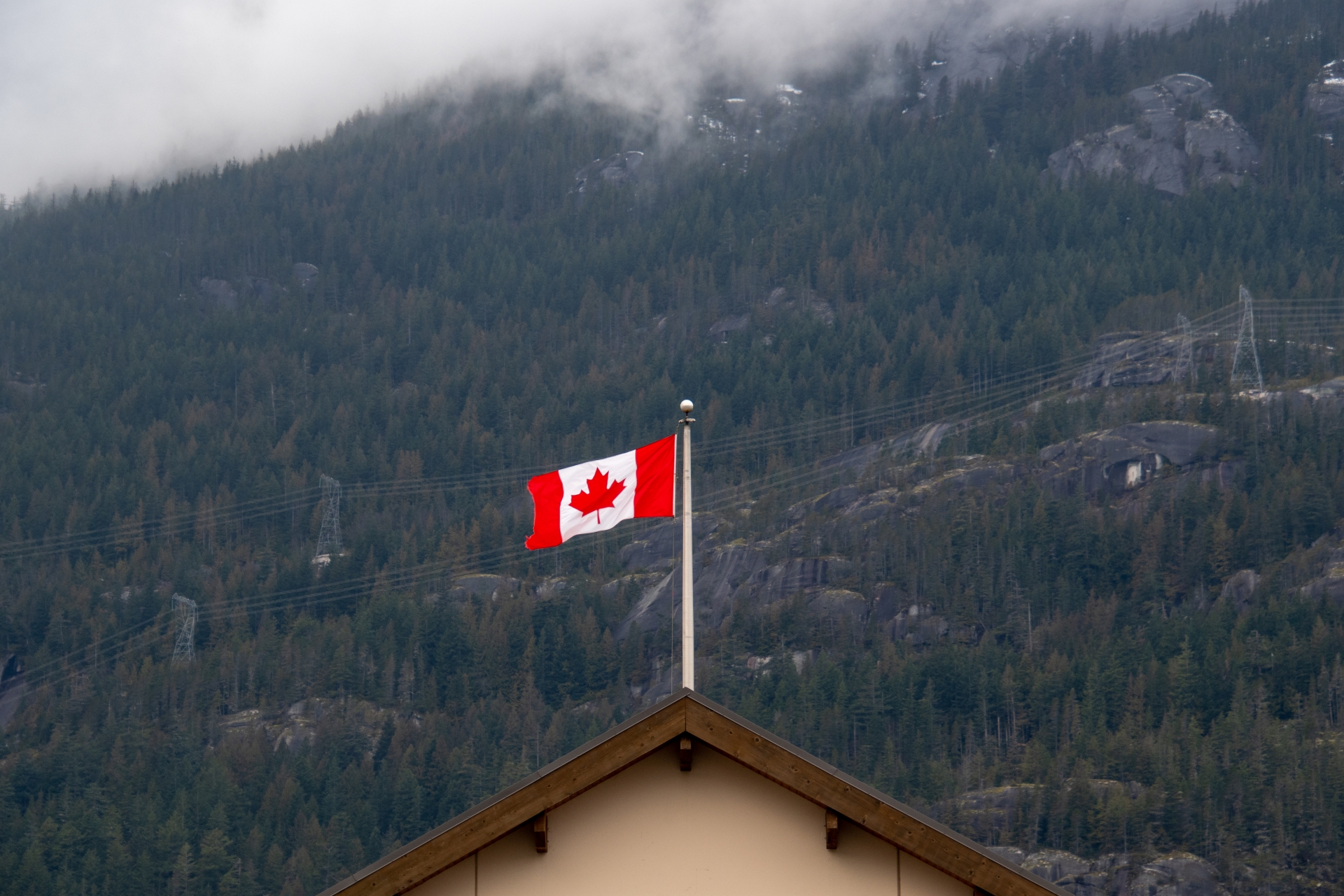 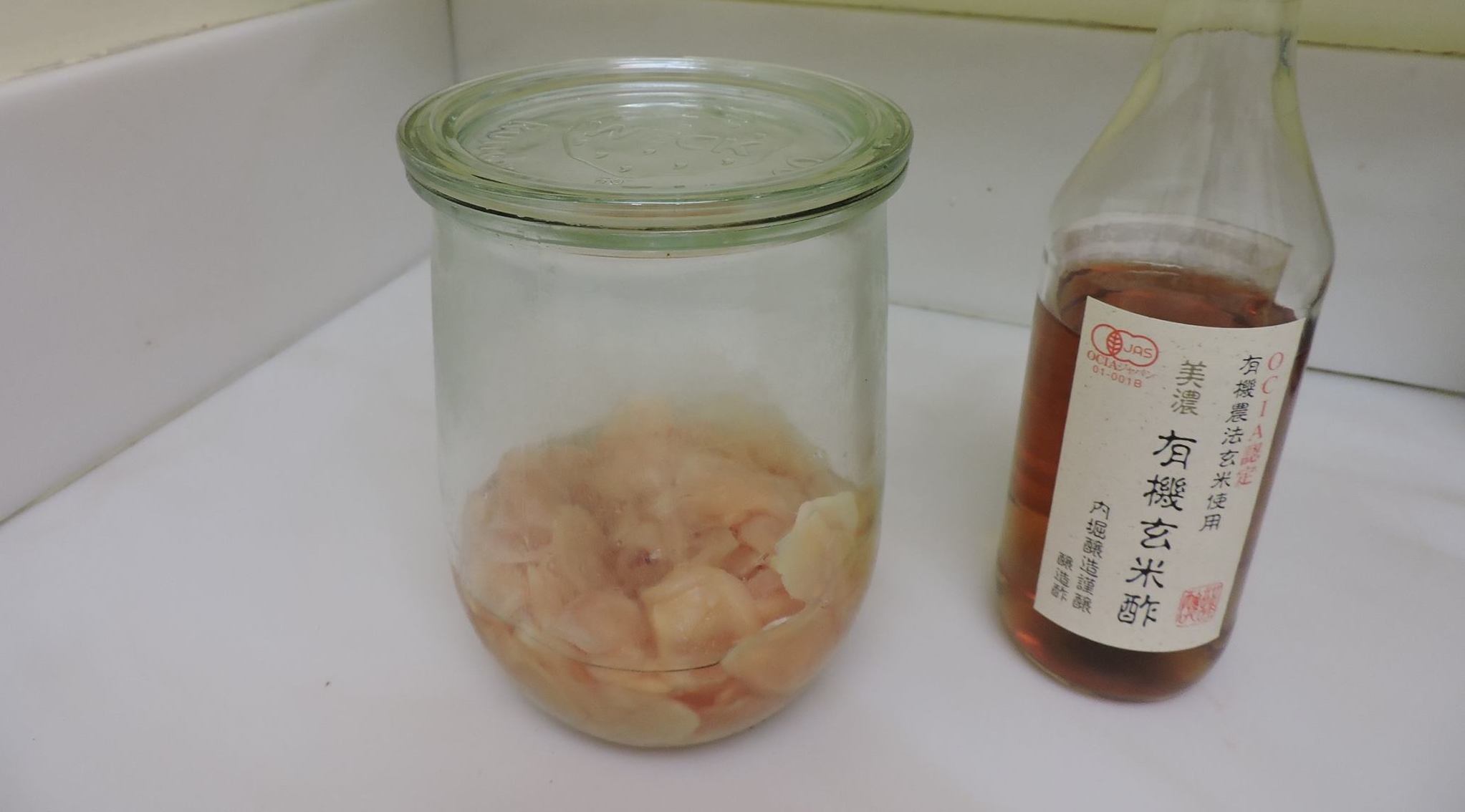 Here is a simple, fail-safe recipe of “gari”. It is known as a sushi accompaniment, but it is also a popular general palate cleanser in Japan.
これは失敗なしのガリのレシピです。ガリは日本ではお寿司に限らず、いろいろなお料理の口直しに使います。
This is a revised Facebook post of June 24, 2017.